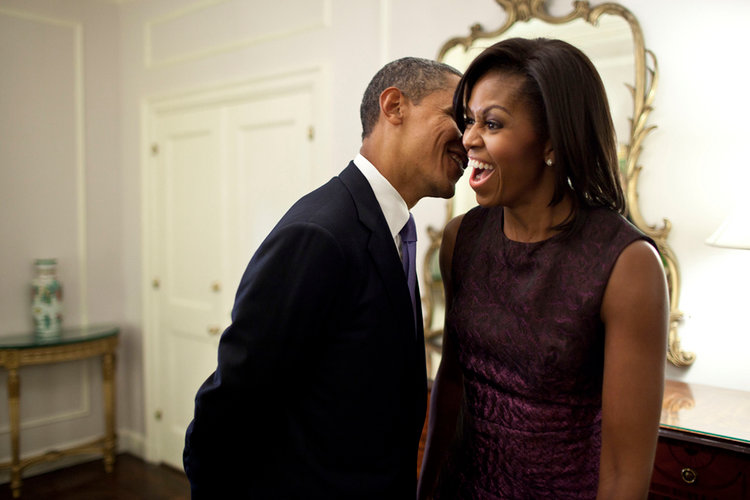 Can Marriage Counseling Help Your Relationship? It Helped Michelle Obama’s.

If you’re married, then chances are you’ve had your ups and downs like most couples. When in a down time, you might wonder if something is wrong with your marriage. You might have heard that marriage counseling helps relationships. Perhaps you considered it as a possible solution and then never get around to it.

It would be normal if you compare yourselves to couples that “really got it going on,” and succumb to couple envy. You might be afraid that your marriage will never be good enough. let alone as good as those happy couples. Seeing images of famous couples in the media, reinforces the impression that these couples have it all worked out. Besides, isn’t marriage supposed to be easy?

In a recent interview with ABC’s “Good Morning America,” former first lady, Michelle Obama opened up about having to work on her marriage and get marriage counseling to “talk out our differences” when they hit a bump. She wanted couples that struggle (and every couple does) to know that people like them – who have a “phenomenal marriage” – also work on their marriage and get help when they need it.

Couples in the best marriages get help

Marriage counseling helped Michelle to understand what was going on with her early in the marriage. She felt lonely, disillusioned, and considered leaving.  Her marriage didn’t feel close and made her feel insecure.

Growing up in a close-knit community, she was around couples who spent time together every day. She wanted to feel closer and more connected to her husband.  Marriage counseling taught her, among other things, that she needed to make herself happy. She needed to ask for more support from her husband and also from others to share in some of her responsibilities.

Why would Michelle Obama reveal personal information about her marriage?

Michelle opened up about marriage counseling to let people know that everyone struggles in marriage, and even in the most ideal marriages. She wanted to let couples know it’s okay to get help when they struggle instead of giving up on the marriage.

Michelle Obama’s happy, strong marriage shows how marriage counseling helps people get through the challenges that most couples inevitably face. Couples who learn how to communicate and resolve conflicts without fighting builds strong and happy marriages that thrive.

When is it time to seek marriage counseling?

Timing is an essential element in whether marriage counseling works, and sooner is definitely better.  According to relationship and marriage expert Dr. John Gottman, couples wait an average of six years of being unhappy before getting help, even though they face issues they know are driving them apart. Many couples wait to fix an unhappy marriage until they find themselves on the doorstep of divorce.

People have misconceptions about marriage counseling.

There is a lot of wariness and misunderstanding around the purpose of marriage counseling. For many Americans, the only people they know who go to marriage counseling are couples in crisis, dealing with infidelity, or who are on the brink of divorce. People may not realize that couples who go successfully through marriage counseling, don’t necessarily tell their friends and family.

Research in the field of psychology indicates that marriage counseling helps keep marriages together; however, most people don’t know that marriage counseling prevents unhappiness and divorce. They take their car for maintenance when it isn’t running properly, and schedule annual check-ups with the doctor for preventative healthcare. But it doesn’t occur to them to give their marriage the same attention.

People have a lot of misconceptions about marriage counseling. Some feel that asking for help is a sign of weakness, or even worse, as proof that their marriage is headed for divorce. Car and health preventative maintenance don’t carry these kinds of negative connotations. Others believe deep down that unhappy marriages can’t be fixed, or they are afraid of being told they are at fault for the problems they are facing in marriage.

People have misconceptions about marriage itself.

On the other hand, some people are resigned to the belief that unhappiness in marriage goes with the territory. They believe that, while some partners might be better (or more dreadful) than others, marriage is something you survive like a congenital disability or poor health. They may have grown up watching their unhappy parents bury anger, resentment, and conflict and never work things out. Or, perhaps they lived in houses where fighting and negativity were a part of daily life and grew accustomed to it. Some people assume that if their parents (and grandparents) didn’t know how to fix an unhappy marriage, then it must be impossible.

People don’t fully understand the danger of sweeping uncomfortable feelings and problems under the rug.

Couples often don’t realize the damage they do when they don’t talk through their problems, or express anger, fear, disappointment and other negative emotions. When negative feelings go unexpressed they tend to accumulate, and before long couples have unwittingly built a wall between them. They don’t feel close, fight a lot, and don’t understand why they don’t get along anymore.

Each time a conflict remains unresolved, a brick gets piled on the wall. The bigger the wall, the more emotional closeness and physical intimacy fall by the wayside. The kind of disconnection puts the relationship at risk.

Couples sometimes mistakenly believe that avoiding conflict keeps a marriage together. In fact, bottling up negative feelings isn’t a good strategy for mental and emotional health. It doesn’t give a person a chance to understand or change their behavior.And equally important, the complaining person won’t discover their potential contribution to a problem. By avoiding conflict couples take a pass on resolving it which leads to trouble down the road. also

A pattern of bottling things up leads to withdrawal, angry outbursts, passive-aggressive behavior, or negative acting out. All of these things lead to emotional and physical disconnection that weaken a marriage and increase the likelihood of failure.

A better way to manage conflict.

If you’re having problems communicating without fighting, why wait another day? Marriage counseling can help you talk through your differences and learn communication skills in a safe environment.

Take the first step and reach out for a free consultation to explore how we can help you fix your unhappy marriage. No strings attached. Promise.