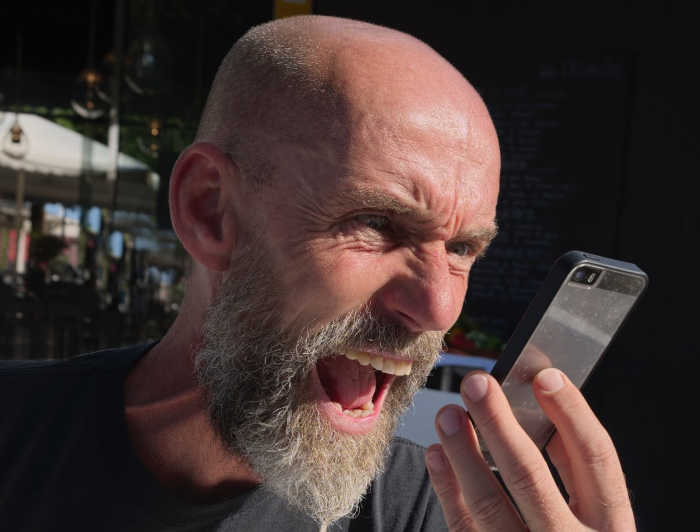 How To Respond To Contempt In Marriage

March 2, 2020 / Mary Ellen Goggin / Comments Off on How To Respond To Contempt In Marriage

Every marriage has its frustrations, its grapplings with anger and dissatisfaction, and even its periods of distancing staleness. But some things are so damaging to a relationship that reconciliation is iffy at best. For this reason, learning how to respond to contempt before it takes root in your marriage is essential.

The question “How does an unhappy marriage affect you?” has its most extreme answer in contempt.

Of all John Gottman’s well-known Four Horsemen (criticism, contempt, defensiveness, stonewalling), contempt is the most destructive behavior in a relationship. It is so mean — so downright hateful — that Gottman emphasizes it as the greatest predictor of divorce.

This one behavior is so dangerous that it can destroy a person’s psychological, emotional, and physical health. And its corrosiveness eats away at the heart of a marriage, too.

If you are going to know how to respond to contempt, you first need to understand it so you can recognize it. And you need to be uncompromisingly honest in your assessment of its presence in your own marriage.

Contempt isn’t a one-time, regretful response to another person. It is the expression of a seething, stewing cauldron of scorn, disapproval, and disgust toward that person. Instead of targeting a specific action, it goes for the kill by attacking the person’s very sense of self.

Because of this side-door, passive-aggressive assault on another person, contempt is often met with another of the Four Horsemen: stonewalling.

How does contempt rear its ugly head? Sarcasm and cynicism are its weapons of choice and can present themselves in a variety of ways:

Because of the way it makes the attacked person feel unworthy and inferior, contempt is a kind of power play. It is a maneuver of moral superiority that tells the person, “You are beneath me, and nothing you think or say is worth my time. You aren’t worth my time.”

Now imagine all of this negativity — this abject hostility and disdain — being brought into the one relationship that is supposed to be the safest, most loving, most intimate of all.

Knowing how to respond to contempt and how to fix an unhappy marriage and make it better warrants a look into a happy, healthy marriage. At the top of its attribute list is respect — the complete opposite of contempt. (It’s no wonder contempt is such a predictor of a marriage’s impending doom.)

Any advice for how to respond to contempt in marriage starts with recognizing it in your own marriage. Whether you are dishing it out or are on the receiving end, the dynamic is a two-way street and has to be acknowledged.

For the person prone to being contemptuous, this may mean a fearless examination of your dark side.

Is your style of humor known to be sarcastic and biting, leaving an echo of “ouch” in its wake? Do you have a tendency to be mean or self-inflated? Do you have difficulty expressing your feelings and needs in a direct and responsible way, and so choose passive-aggressive methods to get what you want?

Learning how to express your feelings and needs in a direct, self-accountable way is an imperative first step to eliminating this beast from your marriage. Simply replacing “you” with “I” is a huge first step and will force you to think before speaking.

“When I get home from a long day at work and see a messy kitchen and you watching TV, I feel taken for granted.” This is a far cry from “I work my ass off, and your lazy, thankless self just sits around eating Bon Bons and rotting in front of the TV!”

One invites a humble examination of both hurt and resolution between spouses, and the other quakes a chasm between them.

“Complaining” may not have a favorable connotation, but using this “complaint” method is a way of staying in the “I” and taking responsibility for your own perceptions and needs.

Use “you” in the request phase, not as a criticism or expression of contempt. “Can you help me with that?” “Would you be willing to…?” “I need ‘this’ from you. Is this something you would be willing to do for me?”

Although the contemptuous person is responsible for his/her behavior, contempt can arise when complaints get ignored. The person who is “beating a dead horse” may just let the resentment stew in anticipation of what has become a pattern of indifference.

Other behaviors that can breed contempt include:

Obviously, if you are wondering how to respond to contempt in marriage, not doing the above behaviors (or reversing them if you are doing them) is a great start.

The bigger-picture response is a long-term shift in how you see your marriage and how you choose to fuel it.

Contempt grows in negativity and feeds off itself until it spews out in vile, hurtful ways. Unless you are deliberately trying to sabotage and destroy your marriage, put immediate brakes on the negativity.

Infusing your marriage with positivity can be as simple as revisiting your past. Do you have fond memories of your early days together? Can you recall times when the two of you had to rally together and have one another’s back in order to accomplish something important?

Recalling the good things that brought you together in the first place can be a powerful source of reconnection. It can also be a way to nourish your relationship in an ongoing way — like taking a daily multi-vitamin for your marriage.

Finally, start to build an environment of kindness, admiration, and appreciation. Create rituals, schedule date nights, and look for reasons and ways to make your partner happy.

Even pretending to prioritize your partner’s happiness over your own will cultivate a shift in how you see him/her…and what you expect of yourself.