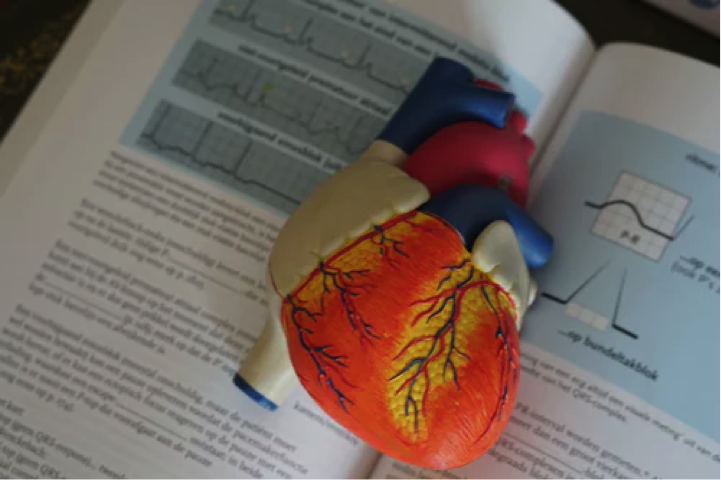 January 13, 2020 / Mary Ellen Goggin / Comments Off on What You MUST Know About The Link Between An Unhappy Marriage And Health

When you’re in the throes of a heated argument with your spouse, you’re probably not thinking about the link between an unhappy marriage and health. Getting through the rage of the moment unscathed emotionally is more likely your focus.

Even the best marriages experience mulligans here and there — a “more than just a disagreement” that leaves emotional wounds in its wake.

Ironically, happy couples may feel the sting of negative conflict more noticeably than their unhappy counterparts, precisely because they are happy. And they are more likely to make sure this kind of heavy conflict doesn’t become a pattern. They know what problems are worth their focus. And they know how to discuss the bigger issues or agree to disagree when a conflict gets too hot– or at least how to make up after an argument that gets out of hand.

But there are couples for whom conflict is ongoing. They frequently argue, they rarely agree, and they don’t feel happy. In this chronically high-tension situation, they probably don’t recognize the relationship between their unhappy marriage and health.

The health benefits of a happy marriage

A large body of research exists explaining the health benefits of marriage. Married people tend to live longer, healthier lives. They have better psychological well-being, are less prone to illness, and heal faster.

That’s not to say, however, that marriage in and of itself is a panacea for all that might ail you. It’s what spouses bring to the marriage and do for one another that capitalizes on — or eradicates — those health benefits.

Researchers Tim Smith and Brian Baucom spin things a little differently. They focus on the qualities that make people good at relationships in the first place. They suggest that those same qualities make people more likely to be healthy and better at dealing with stress. Regardless, the walk down the aisle isn’t a ticket to health in and of itself.

So how do you explain the relationship between an unhappy marriage and health? Is there a difference between the physical and psychological health of those in happy vs. unhappy marriages?

Turns out there is. And it’s all pretty logical when you consider the stress that characterizes an unhappy marriage.

The correlation between unhappy marriage and health

In a longitudinal study of 373 couples over the first 16 years of marriage, frequent disagreement correlated to decreased health, especially in men. The study confirmed that bodily responses to frequent conflict can lead to inflammation, the increased release of stress hormones, and decreased immune function.

We are all familiar with the body’s fight-or-flight response. For quick understanding, we package it up as an elementary, caveman-period vignette of fighting off saber-tooth tigers. But the mechanism of the body’s stress response is actually quite complex, with layers of potential effects.

When it comes to correlating an unhappy marriage and health, the stress of constant conflict, dissatisfaction, and other negatives becomes its own saber-tooth tiger.

The initial adrenaline rush that causes those familiar feelings of flushing, increased blood pressure, muscle tension, etc. is just the beginning. After the initial surge subsides, the stress response is still working in the background.

A cascade of neurological, hormonal, muscular, and systemic responses are in the works, keeping the body in an alarm-state. Cortisol, for example, not only increases appetite but draws on fat stored in the body to fuel the body’s heroic efforts. It’s a non-partisan player and doesn’t judge the source of the threat.

Distressed marriages are notorious breeding grounds for poor health habits. People who smoke may smoke more (and those who don’t may start). Alcohol use may increase. Exercise may take a back seat, especially if depression sets in. And any semblance of healthful eating habits may become a faint memory.

As a matter of fact, fighting with your spouse can trigger the hunger hormone ghrelin. The stress of conflict can make you not care about what you eat — only that you stuff your feelings with comfort food. That usually means high-sugar, high-fat foods that lead to weight gain and potential chronic conditions like coronary heart disease and type 2 diabetes.

In a very real sense, an unhappy marriage and health can be fatally connected. Unfortunately, when you go to your MD for your annual check-up or for specific complaints, s/he isn’t likely to ask relationship questions. The focus is on your symptoms and their history, frequency, and intensity.

But, given that stress is directly related to the six leading causes of death, perhaps we should rethink how we approach medical intakes, diagnoses, and treatment plans. If 75-90% of medical office visits are for stress-related complaints, perhaps more attention needs to be given to the root of the problem. The actual root of the problem.

Marital stress can cause health problems

Couples plagued by an unhappy marriage and health problems are usually so steeped in poor relationship dynamics that they don’t see a way out. They are trigger-happy, both in terms of what they dish out and how they perceive one another. Half the time they don’t even know what they are really fighting about. They know only “the fight.” What connects them is also what drives them apart.

The tragedy of living this way is that both partners want the same thing. They want to be heard, understood, valued, accepted. They want to be loved for who they are, flaws and all. And they want to feel safe — physically, emotionally, sexually.

But when chronic conflict takes over, the relationship becomes a power struggle. Competition replaces cooperation and collaboration. And spouses who once embarked on a common dream know only the nightmare of an exhausting, fruitless, divisive clashing of wills.

A marriage counseling retreat can benefit your health

You have probably never thought of couples counseling as potentially life-saving. But it is. And perhaps you have never thought of it as an essential component of your health plan. But it should be.

If you are in an unhappy marriage, a marriage intensive retreat can be an immediate, life-saving infusion. In this format, you have the opportunity to focus only on your marriage for several days. And in the safety of a specialized therapy team, you get to go to the heart of the matter — in more ways than one.

By learning how to communicate with one another in a loving, safe way, you set the stage for a dynamic that doesn’t involve running away from prehistoric beasts. You learn to navigate a once-frightening terrain with confidence because you know you have the skills to survive.

And you know you have one another.