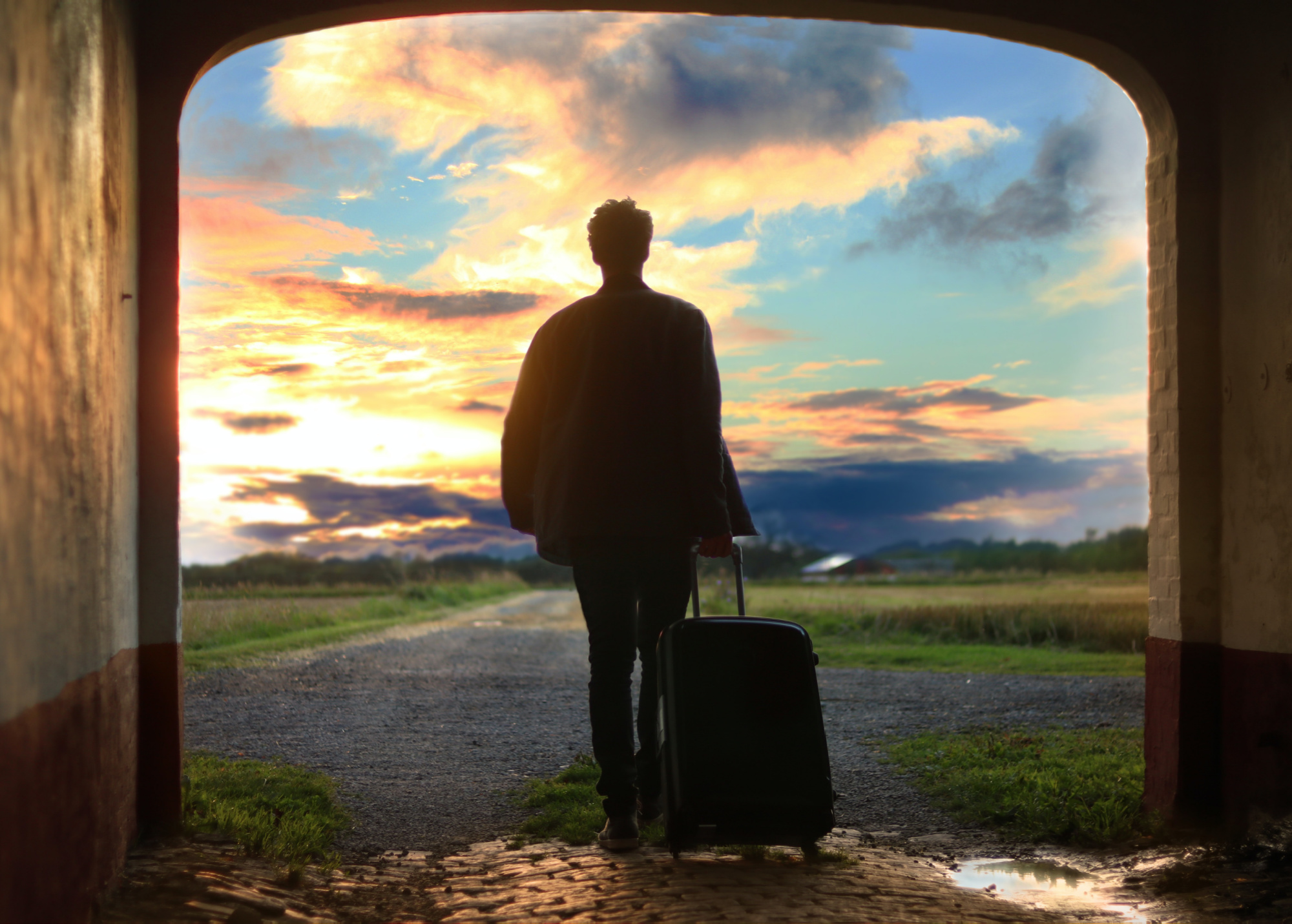 October 12, 2021 / Mary Ellen Goggin / Comments Off on What To Do If You’re In An Unhappy Marriage But Afraid To Leave

Moments of knowing. We all have them, thanks to that “inner voice” that only begs us to listen. It lets us know when like becomes love. And it mercifully lets us know when happiness can no longer be feigned. Even if you’re in an unhappy marriage but afraid to leave, that voice will continue to speak.

You, of course, choose the response to your inner voice. You can cover your ears to avoid hearing what you don’t want to hear. But the proverbial tree falling in the forest will still land with a “boom.”

And a fallen tree, like the empty space where it used to stand, is tough to miss.

And, while being unhappy is not the way you should live your life, it doesn’t necessarily warrant divorce. There are, for example, ways to get out of an unhappy marriage without getting a divorce.

Likewise, the fear of leaving — like all fear — is its own messenger. And only by peeling away its layers will you learn what it’s really trying to tell you.

There is a world of difference between being afraid to leave an abusive marriage and being afraid you might make a mistake by leaving.

If your unhappiness stems from an abusive marriage, fear of leaving is probably attached to safety and/or financial issues:

If you are in a marriage where there is unequivocal abuse — physical, emotional, sexual, etc. — your safety comes first. (As does the safety of any other potential victims in the home — children, elderly relatives, pets.)

You may have already heard or read that having a plan is imperative. You don’t want to make a rash decision that could force you back to your abuser.

It’s also imperative that you don’t try to go through this alone. You will need help from experts who deal specifically with domestic abuse, especially if children are involved.

There are several steps you need to take before leaving an abusive marriage.

For example, you will want to seek specialized legal counsel and confidential shelter, make sure you have vital documents, and notify relevant people.

You may also need to secure a restraining order and/or temporary custody and child support.

When you’re living in an unhappy marriage but afraid to leave because of abuse and power/control issues, nothing is easy. Having a support system in place before making any final decisions will make any decision you do make feel safer.

(*If you are experiencing or are in danger of domestic violence, call the National Domestic Violence Hotline or 911 for help.)

We’ll start with the unhappiness itself. You feel it, if only because you haven’t felt happy or content for a long time.

Your first task isn’t to plan your exit, but to locate the source(s) of your unhappiness.

There is no way to live in a vacuum when you’re married. Both the good and the bad are mutually felt and mutually affecting.

It can therefore (understandably) be difficult to discern the origin of the discontent. Does it stem from within yourself, your spouse, the space between you (the marriage itself)…or some combination of them all?

Consider, for example, the effects of one spouse’s depression on the other spouse, the marriage, and the family.

While depression itself doesn’t “cause” divorce, it has a similar relevance to the way stress leads to a cascade of physical issues. It won’t get named on the death certificate, but death wouldn’t have been in such a hurry without it.

For all the inertia inherent in depression, it hoards a wealth of potential energy. Tip it over even a slight decline, and that “potential” becomes “kinetic.” And suddenly the vitality of the marriage is being replaced with anger, resentment, confusion, and isolation.

The takeaway here is that getting to the source of your unhappiness can be the difference between losing and saving your marriage.

Start by learning what an unhappy marriage looks like. Rarely is it just one thing; rather, it’s usually the gradual accumulation of grievances, offenses, disappointments, and neglect.

This is about the dynamic between you and your spouse. Are there major control issues? Do constant criticism, sarcasm, anger, and defensiveness shape your communication? Have sex and physical affection gone by the wayside?

Do you recognize your marriage in the descriptions? Or are you more inclined to point to singular sources of unhappiness in yourself and/or your spouse?

Overworking, worrying about finances, raising children, caring for elderly parents, living with an undiagnosed or chronic illness — it all takes a toll.

It’s important to do a fearless inventory of these possibilities, as they can each and all cast a shadow on your marriage.

And which entity will take the hit when blame is placed?

“I’m not happy in my marriage.” “My husband/wife doesn’t (whatever).” “We don’t talk…do anything fun…have sex…laugh….”

Regardless of the root cause(s), a refusal or inability to talk about them is where “the marriage” comes in. This is the “space between you.” It’s what you “put on the table” as an expression of your togetherness and your commitment to listen, even as you seek to be heard.

How many couples do you know who entered their marriages with healthy, well-practiced communication skills? More likely than not, they brought the raw versions of their personal histories to the altar and improvised thereafter.

Is it possible that you’re in an unhappy marriage but afraid to leave because you know there is still work to do on your marriage? Is your fear born out of a message from deep within telling you that giving up now would leave you with doubt or regret?

What about those relationship fights you keep having? Do you feel an impulse to leave because you just don’t know how to get through the impasse?

Or maybe you’ve stopped fighting altogether because it’s just not worth the energy.

Is your urge to flee really a response to feeling stuck and helpless?

Assuming you both were sincere in your marriage vows and your vision for a lifetime together, it may just be the unhappiness you want to leave.

If that’s the case, then getting to work on hearing that all-knowing inner voice is the first step of the remedy.

And no, you don’t need to figure it out alone. That’s why marriage-and-family therapists aren’t going to disappear anytime soon!

Communication doesn’t happen by magic or even by wishing or positive intentions.

It happens by practicing — one thought/choice/word/encounter at a time — skills that balance self-accountability with a confident expression of needs.

Happiness thrives on the vulnerability, trust, and self-accountability inherent in healthy communication.

Obviously the word “unhappy” exists on a spectrum of subjectivity, personal experience, time, and a host of other influences.

And the decision to leave your marriage is one that ultimately only you and/or your spouse can make.

But unhappiness, like its protagonist counterpart, is still an inside job. And only by recognizing it and confronting it at its source will you be able to change it in the present and control it in the future.