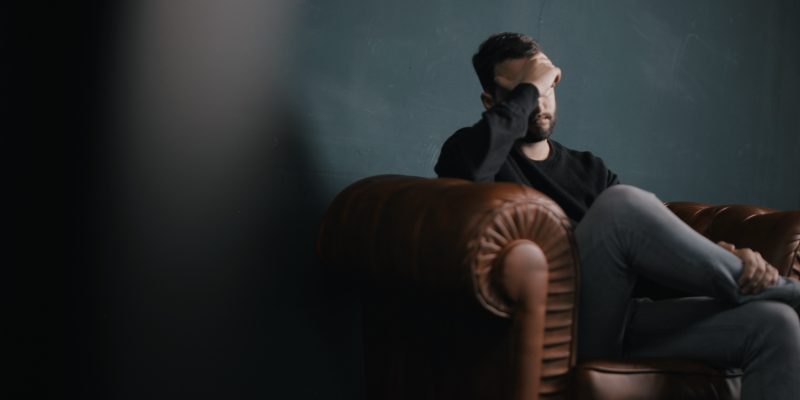 By Mary Ellen Goggin on December 11, 2018 in Marriage, Relationships

Movies would have us believe that infidelity is best handled with clothes-burning and a martini to the face. Surviving infidelity in marriage is more dramatically portrayed as “surviving infidelity by leaving marriage.” (Overplayed, of course, by Gloria Gaynor’s “I Will Survive.”)

Reality, however, plays out in a different kind of theater and isn’t always so predictable.

Infidelity, without question, delivers one of the most significant blows to a marriage and family. It can also eviscerate a person’s self-esteem and ability to trust.

What if you aren’t ready to give up on your marriage after the shock of infidelity? What if you want to know the chances of surviving infidelity in marriage and if yours stands a chance? What do you need to know?

Here are 7 facts and insights about infidelity and surviving infidelity in marriage:

Unfaithfulness runs the gamut from single one-night stands to long-term, clandestine, deeply emotional entanglements. It’s a myth that only horrible people stray, or that those who do are in unloving, contemptuous marriages. Good people cheat. And people cheat in a good marriage.

2.    Cheating may have a genetic predisposition.

Research from Binghamton University has linked the DRD4 gene — commonly called the “thrill seeker” gene — to an increased propensity for promiscuity and unfaithfulness. It all has to do with “sensation seeking” and the body’s system of “pleasure and reward” that shows up as a “dopamine rush.”

Naturally, a genetic predisposition doesn’t come with a genetic dispensation. But this finding may shed some light on how a person’s drive for “pleasure and reward” can operate independently of his/her drive for commitment.

3.   Calling it quits right away may not be a good thing.

If you are the one who has discovered a spouse’s affair, you may be so overwhelmed by emotions that you don’t even feel “contained” in your own body. The discovery can drain all the life force out of you.

It’s only natural that you would want to get as far away as possible from your cheating spouse  — and as soon as possible. Even permanently.

But hurt, anger, shock, confusion — let alone rage — are not a good mix for making wise and lasting decisions. Even if you need some physical separation so you can breathe and process your thoughts and emotions, hold off on hiring a divorce attorney.

4.  People cheat for a lot of reasons.

Spouses who go elsewhere for emotional and physical connection often have something they have been trying to communicate but can’t. They may feel shame about something, and/or may feel the loss of deep connection within their marriages.

In these cases, infidelity can catalyze long overdue conversation. The unfaithful spouse may have communicated his/her discontent which went unheard by the other spouse. And, while feeling unheard is no justification for cheating, it can be a spark of hope for surviving infidelity in marriage.

One of the biggest reasons for cheating is the opportunity. Plain and simple. And the most fertile ground is the work environment and the internet.

In an independent survey of 200 men and women by Trustify, 68% of the men and 87% of the women said that they considered an online/cyber relationship to be infidelity.

Perhaps not surprisingly, men were more inclined to stray for lack of sexual satisfaction and attention, while women to seek emotional satisfaction.

5.  You may be surprised by your own silence.

If you are the one betrayed, you will likely feel a tidal wave of emotions, especially in the early days after learning of the affair. You would expect to feel hurt, devastated and lonely. But you might be taken aback by shame and embarrassment. After all, those demons belong to your cheating spouse, not you.

These confusing emotions can make confiding in someone difficult. You may ache to have a friend to vent to, but the uncertainty of your future can make you hold back on any disclosure.

What will people think about you? Of your family? How surprised will they be that your version of your “happy” marriage wasn’t really the case? What if other people knew before you did? What if you can make things work? Do you even want to bother bringing other people into the sordid mess?

This silence in the face of confusion can intensify the loneliness and isolation you already feel. For this reason (and others), finding a therapist to walk this emotional journey with you is a wise idea. Even if you and your spouse don’t immediately decide to enter couple’s therapy, having “your own” therapist can be a comforting and powerful asset.

Children suffer from parental affairs, even when parents keep the infidelity secret. They sense a withdrawal of attention by the cheating parent from the family. As a result, children can feel anxious, frightened, rejected and/or guilty. Children whose parents stray are also more likely to one day have affairs themselves.

For your children’s sake, it’s in their best interest to seek the advice of a marriage and family therapist. While their powerful intuition may tell them something hasn’t been right at home, they won’t know how to communicate or process their fears. At the outset, remember that disclosing damaging information about a parent can do irreversible harm to your children and your relationships with them.

7.  Surviving infidelity in marriage takes hard work by both partners.

Marriages survive infidelity every day. Marriages also end in divorce every day as a result of infidelity. For those that end, the reason is usually the depth of betrayal and emotional pain or the unwillingness or inability to forgive.

Sometimes, however, it’s not the infidelity itself that causes the divorce, but the unwillingness of one or both spouses to commit to the work of saving their marriage.

For the unfaithful spouse, the uncompromising task ahead is one of complete transparency, accountability, and detachment from the affair partner.

Not only can surviving infidelity in marriage be done, but some broken marriages actually heal to be stronger than when they started. The common denominator is the commitment of those wanting to save their marriage.

Surviving infidelity is a journey of courage. Deciding to save your marriage doesn’t mean that your feelings will change anytime soon. It also doesn’t mean that all your efforts won’t sometimes feel like an undertow back to sea.

The decision to heal your marriage will require your willingness to explore your emotional baggage and communication styles — ideally with the mediating guidance of a marriage counselor. Both partners will have to accept responsibility for contributions to the marriage being less than what it could have been.

And both will have to make individual and collective commitments to making it all that it can be.

If you are struggling with the complicated issues of infidelity, consider reaching out for a free consultation. Our husband-wife led marriage counseling retreats have helped many couples succeed in surviving infidelity in marriage. We can help you to heal your marriage too.

Can You Fix An Unhappy Marriage? Yes, And Here’s How
Why Attend A Marriage Retreat Intensive Weekend