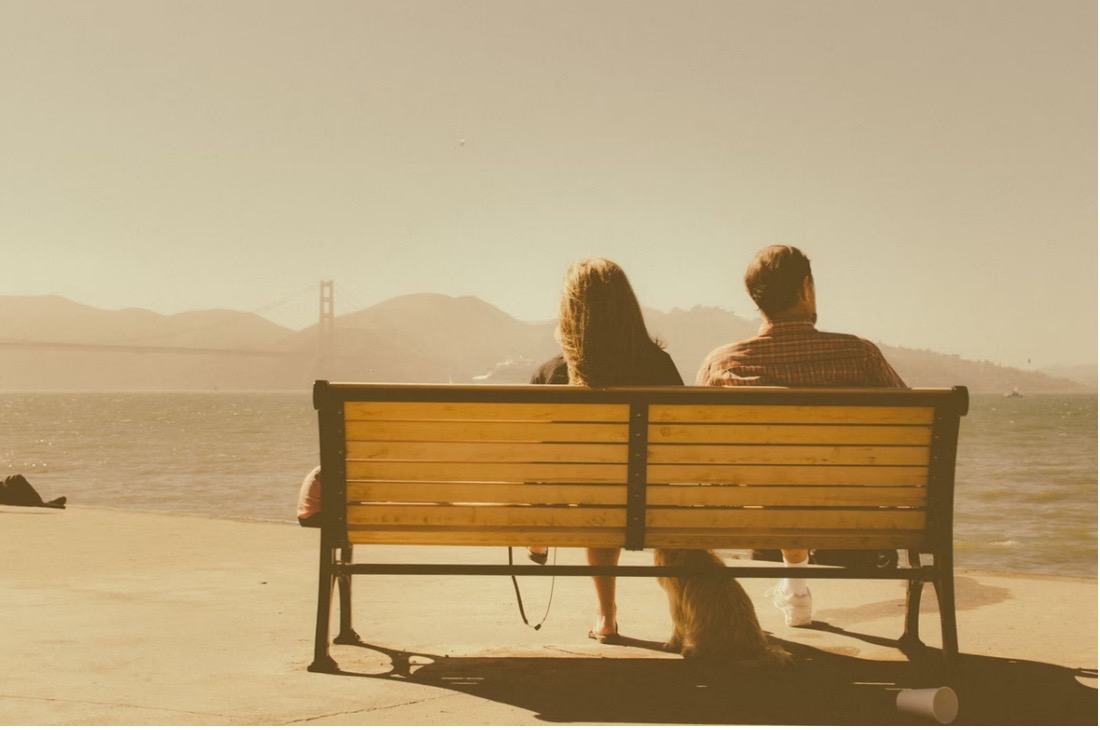 How To Communicate When Your Spouse Won’t Talk To You

January 4, 2022 / Mary Ellen Goggin / Comments Off on How To Communicate When Your Spouse Won’t Talk To You

It goes both ways, that communication thing. But what happens when it seems to be one-sided? You’re talking, your spouse isn’t. You’re trying to find a way to move forward, your spouse is holding out. Your dilemma is now how to communicate when your spouse won’t because, apparently, nothing is working.

It can feel like an exercise in futility trying to communicate with someone bent on the silent treatment. And the longer it goes on, the more “acceptable” it becomes as a way of dealing with uncomfortable topics and conflict resolution.

Silence, as we all know, can be a weapon as well as a shield.

We can use it to punish another: “I’m going to make you suffer because I’m suffering. You did/didn’t do, said/didn’t say (whatever), so ‘just forget it.’”

We can also used to deflect uncomfortable topics or avoid them altogether: “I know what will happen if I say anything or disagree with you. I just don’t have the energy for that. And I’m tired of the same old fights.”

The fact that your spouse won’t open up or at least break silence doesn’t mean the communication problem is one-sided. Marriage, after all, is a reflective dynamic. You see yourself and your own issues in the mirror of your spouse, and vice versa.

When you get comfortable in your marriage, however, it’s easy to let boredom creep in.

You get bored (and frustrated) with the same stories, the same patterns of behavior and communication – even the same partner. What began as your treasure becomes the first thing you take for granted.

And it becomes easy to lose sight of yourself and your own role in the dynamic. You may be quick to deflect your own responsibility by blaming your spouse when things go wrong.

Even conflicts with mutual accountability can become battlegrounds for tossing blame back-and-forth like a hot potato.

When you find yourself wondering how to communicate when your spouse won’t talk to you, chances are there’s an underlying pattern. Recognizing the pattern itself – not who’s at fault – is the first step to (re)establishing healthy communication.

Consider the pursue-withdraw pattern of relationship communication. It’s a dance that most couples will recognize, at least at some point in their marriages. She pushes him to talk; he shuts down. Her pursuit gets more intense, more passionate; his withdrawal follows suit.

Ironically, what sounds like a marriage with one foot out the door is often a frustrated expression of trying to keep it safely inside.

Both partners may see one another and their marriage as too important to lose. “Rocking the boat” or saying or doing something “wrong” can be perceived as a potential threat to their marriage.

Whether the silence you’re experiencing is being used to offend or avoid, the time to give it a voice is now.

In a marriage intensive, for example, our focus is less on a triggering behavior than on the response to it. How do you respond or react when your spouse says or does xyz?

And why do you respond or react that way? Are you making assumptions about your spouse’s motivations? Do you feel stuck in old patterns or resigned to a negative outcome?

Likewise, we focus on the reasons behind the triggering behavior. It’s easy to assume “intention to offend.” But more often there are underlying differences in how spouses seek to achieve the same end.

Recognizing your differences – not with judgment, but with genuine interest in understanding – is essential to opening the airwaves…and your hearts.

Are you longing for your spouse to hear you – without jumping in to “fix” you or your problems? Is your partner longing to feel appreciated, respected, desired?

Do your disagreements decline into criticism and defensiveness? Have they regressed to hints of contempt and stonewalling? (Read about the Four Horsemen of the Apocalypse – relationship-style – here.)

At the heart of broken communication are unmet needs and fear.

Fear of not getting your needs met. Fear of losing your relationship. Fear of not being able to handle the consequences of an argument that could lead to loss. Fear of being invalidated and feeling unloved.

Emotional safety in a relationship comes from a belief that you can get your needs met in that relationship.

That doesn’t mean the other person is responsible for fixing, completing you, or fulfilling all your fantasies and material wants.

It does mean that you can identify your own feelings and risk feeling them in the context of your relationship. When that safety is there, the real work of healing and growing can begin.

And relationship – especially marriage – is the Secret Garden where these wonders of life can happen. There is no other context with so much power to heal past wounds and shed unhealthy pounds of negative thinking and behavior.

But that magic comes with a price. It calls upon your own vulnerability and willingness to embrace the struggle with someone else also seeking to heal and grow.

That vulnerability is what we lead with and protect in the therapeutic setting.

When a couple knows that guardrails are in place to protect them on the hairpin turns of self-revelation, change begins to happen.

What does this vulnerability look like in terms of how to communicate when your spouse won’t talk to you?

It starts with recognizing your own feelings first. “You didn’t fix the dishwasher before leaving on your business trip. I have been having to wash everything by hand while working full-time and caring for the kids in your absence. I’m so angry I could….”

Here, right here, is where the vulnerability begins.

Anger, for example, isn’t the endpoint. It’s the skin of the seed, still buried, that breaks open only after it has been watered and given sunlight.

Simple as the metaphor is, it speaks to how the vibrancy of life germinates below the surface. You must tend to what lies beneath in order to secure (or change) what you see above the surface.

So what’s underneath that anger? If all you are communicating to your spouse is the anger you feel for what s/he didn’t do, healthy engagement isn’t likely.

But what if you risked exposing the emotions under the anger? What if you could access your own true feelings and acknowledge the longing and fear that come out as anger?

What if “You never…you always…you don’t…” became “I want to feel like a team…I want to feel special and acknowledged by you…I am so tired most of the time, and I was looking forward to having help in the kitchen…I start to believe that you don’t really love me or see me, and that scares me to death.”

What if the pursuit that your spouse counters with withdrawal shifted direction and became a pursuit of yourself?

Do you think you could trust that, in an emotionally safe environment, your risk will be met with a different but equal risk by your spouse?

And can you trust yourself enough to stand in your self-worth and self-love, no matter where your spouse is in terms of growth?

Communication, after all, is always a risk.

There is only trust in yourself and trust that you chose wisely in choosing one another.

And the trust that grows from that seed is that here, in this context, in this marriage, you can achieve together what you could never achieve alone.