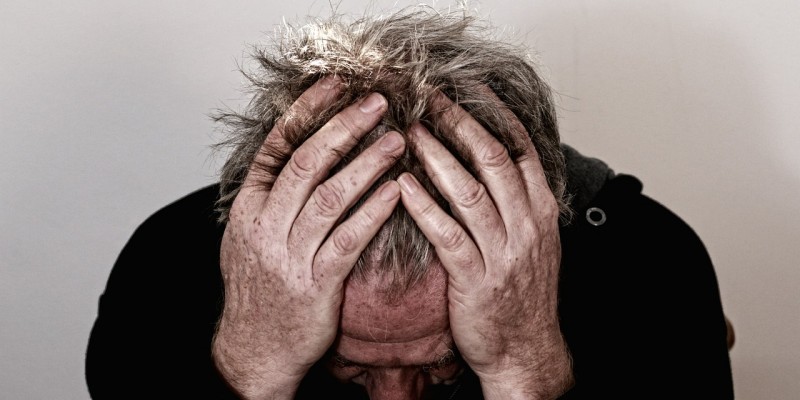 Everyone hates to be criticized. Yet, for some reason, couples often feel licensed to belittle, berate, badger, and blame each other in ways they’d never do with friends. Criticism in marriage relationships is so common it makes the adage “intimacy breeds contempt” unshakeably rock solid. Why do couples default to critical behavior despite knowing deep down it is harmful and corrosive to their relationship?

What exactly is criticism?

Couples often have a difficult time distinguishing between criticism and voicing a complaint. Criticism can have devastating effects because it makes the victim feel assaulted, rejected, and hurt. Couples fear that if they agree to stop criticism, they won’t be able to have a conversation about failed agreements or promises.

For example, say your partner throws his/her clothes and towels on the floor instead of putting them in the hamper. If you attack the partner by saying, You are lazy or You never clean-up after yourself‘, that is criticism. If instead, you say, I would really appreciate it if you would put your clothes in the hamper, that is voicing a complaint.

Why do partners behave as if criticism in marriage relationships is okay?

The closer we are to a person, the more we see their flaws and weaknesses. Over time we get annoyed, our patience wears thin, and our self-restraint weakens. For example, we may find our friend, the absent-minded professor endearing, but if he were our partner, no doubt his forgetfulness would have inconvenienced or even hurt us over time, and we would be tempted to lay into him/her about it.

With friends, acquaintances, colleagues, and others we can usually keep our negative reactions and criticism in check. We don’t see them every day, can take a break until our irritation wears off, or their behavior doesn’t affect us personally. But those with criticism in marriage relationships often don’t afford their partner comparable restraint and respect. Criticism becomes their default behavior even though deep down they know it isn’t right.

Why is criticism in marriage relationships so common?

One might think that the last person we’d want to hurt would be your marriage partner, the one you love. Intimacy often does breed contempt, but why do people seem to focus on negative aspects instead of the positive aspects of their partner. Why doesn’t intimacy beget admiration instead?

It seems that our brains are wired with a built-in “negative bias.” Our thinking mind places more weight on unpleasant news or nastiness. Negative bias kicks in automatically at the earliest stages of processing information. As a result, our attitudes are more heavily influenced by bad news than good news. Is it any wonder then that constant criticism by a spouse tips the balance of a relationship from mundane to miserable?

If unaddressed, criticism in marriage relationships damages the fabric of the relationship. Unhealthy criticism undercuts the cornerstones of a good relationship: safety, acceptance, and approval. It also drains vitality and spontaneity.

How does a person survive constant criticism in a marriage relationship?

People adapt to a partner’s constant criticism by employing various survival tactics, such as:

He or she runs for cover. To survive psychically, he/she crawls into a shell of self-protection.  Some develop an intensely defensive personality to shield themselves from the harsh lash of the critical partner. Others hide their “authentic selves” as a protective mechanism, letting out only the part stamped “partner approved.” They may feel the need to shrink their personality to avoid disparagement which can result in loss of self.

To fend off criticism in a marriage relationship, a partner surrounds him/herself with a safe buffer zone from which he/she responds politely as if from afar. Friends, work, children, exercise, social media, television, books, and newspapers can serve as buffers.

A criticized partner withdraws and becomes emotionally unavailable. He/she preserves the “self” by building a wall to keep the critical partner away. He/she refuses to engage or react when criticized. Instead, he/she takes it and most likely adds another brick in the wall of resentment each time they are attacked, belittled, or berated. It is a rare person that can let it go every time.

Another common reaction to criticism in a marriage relationship is substance abuse. To survive emotionally, the criticized partner numbs the pain of engaging with his/her partner. Substance abuse as a coping mechanism usually leads to further deterioration of the relationship as well as a host of other serious problems.

Most of what we know about relationships we learned unconsciously from our families at a very young age. If we had a critical parent, we might be critical too or coupled with a critical person, or both. We likely employ the survival tactics of self-protection, distancing, withdrawal, or numbing with substances or other addictions. Unfortunately, replicating our early history and learned behaviors often does not build happy, healthy relationships. We need to widen our horizons and learn more.

The encouraging news is that human beings are intelligent and malleable. With knowledge and awareness, we can change and adapt.

What to do when you’re ready to take action to stop criticism in a marriage relationship?

Here’s a simple way to get started on the road to change. For one week observe the interaction between you and your partner. You will be gathering the data you need to make positive changes. At the end of the week, compile the data using the following questions.

Ask yourself the following questions and jot down your responses:

-Is one of you highly critical?

-Does the critical partner complain of lack of closeness or attention?

-Does the criticized partner act remote and distant or find excuses to disengage?

-How frequent are the criticisms? Are they petty attempts to control, demean, or change what you don’t like about your partner?

-Is the statement criticism or a bona fide voicing of complaint that targets a specific action or behavior?

-Is one of you oversensitive to criticism? Do you mistake a complaint for criticism?

-Is the critical partner selective about voicing a complaint? Do they only choose what affects him/her?

At the end of the week, if you deemed yourself the “critical” partner, decide to stop your criticism. You might find these tips helpful.

-Study your impulses, actions, and behavior.

-Count to 10. Breathe, bite your tongue, wear a rubber band around your wrist and snap it each time you feel the impulse to criticize.

-Do whatever it takes to do to stop finding fault, belittling, nit-picking, cutting down, or chastising your partner.

-Decide the kind of person you want to be and how you want to show up in your relationship.

-Make this your new mantra. I will not change my partner.

-Observe any behavior changes in your partner. For example, without criticism in your marriage relationship, is he/she more present, lively, open or spontaneous?

– Does he/she interact with you more and seem more relaxed?

If you are the “criticized” partner, become aware of your coping strategy and make your partner aware of his/her critical behaviors.

-Do you withdraw, distance, drink, work late, disappear into the TV screen?

-Decide to stop coping and object each time your partner criticizes you.

-Be brave, summon the courage, and be firm.

-Say words to the effect: My feelings get hurt when you criticize me about X or Y. I feel that you don’t even like me.

-Stand up to your partner each time you hear criticism. Tell them how badly it makes you feel. Say with conviction: I can no longer tolerate criticism from you.

-Be calm and intentional.

If you are both serious about healing criticism in your marriage, commit to working on your part in the dance. Be persistent.

Letting go of old habits and replacing them with new habits takes time. Researchers tell us that you will be well on the road to permanent change if you consistently apply new behaviors for 30 consecutive days.

Everyone deserves to live in a criticism-free environment even those of us who are not perfect.

criticism in marriage, criticism in relationships, how do is stop my wife bitching, nothing i do is good enough for my wife

What It Means When Your Unhappy Marriage Leads To Infidelity
Criticism in Marriage Relationships. Stop It Before It Kills Your Marriage.

Sign up for our mailing list and you'll get incredibly helpful insights, our latest articles and fun videos. You'll also be the first to hear about new ways to connect with us (like our upcoming free monthly calls!). Don't miss a thing.