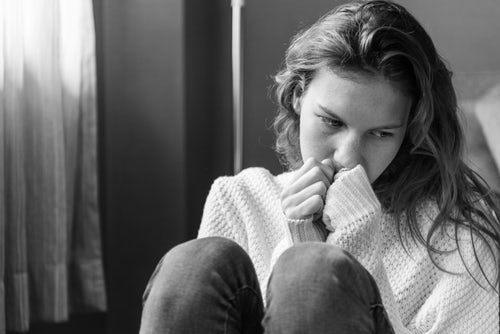 February 27, 2019 / Mary Ellen Goggin / Comments Off on How To Decide If It’s Better To Stay In An Unhappy Marriage Or Divorce

It starts off so beautifully and utterly limitless in hope and possibility. Then, one day you’re asking, “Do we stay in an unhappy marriage or divorce?”

How did you get to this point? How do you know for sure if you are really unhappy or just in a slump that every marriage experiences?

How do you muster the motivation to find out, when all you know is that you don’t feel happy? Is there even hope for turning around an unhappy marriage?

Love definitely has its seasons, and its ebbs and flows within them. Children change everything, and shift the allocation of energy once reserved for the two of you alone.

How do you decide whether to stay in an unhappy marriage or divorce?

The first step is to do an honest assessment of your marriage to determine if it’s truly unhappy…or perhaps just neglected.

Here are some indicators of an unhappy marriage.

Perhaps you know you are in an unhappy marriage. Perhaps you have been for some time.

If so, you wouldn’t be alone in ignoring the signs and waiting to do something about them. Most couples wait an average of six years before seeking help.

There’s an important question you both need to answer if you are facing an ongoing unhappy marriage or divorce. Are you motivated to save your marriage?

Are you willing to get help before you throw in the towel?

Interestingly, there is research to suggest that sticking it out may actually be the most rewarding decision.

That assumes, of course, that you’re not dealing with issues of safety or addiction, as described above.

Remember that love has its natural seasons. It evolves as it bears witness to and supports the passage of time and the events of life.

It’s natural to long for feelings and freedoms from the early days of your marriage. But those were also the days when you were dreaming of having children and growing old together.

It’s important to take pause to recognize where you are in your marriage. Too often couples get caught up in the logistics of living, and they forget the commitments of loving.

Inevitably something makes them pause. The children leave home. A job is lost. An affair has been discovered.

For the couples who “stuck it out” in the above-mentioned study, they didn’t choose to remain unhappy just because they were unhappy at the time.

The moral of the story is that, when the next season of life and love showed up, they were grateful they hadn’t given up.